Traditional Irish music and its connection to European culture

Traditional Irish music and its connection to European culture

A conversation with Macdara Yeates, organizer of ‘Abair’ – a project that focuses on Irish music and its history

The ‘Abair‘ is a project on the oral traditions of Irish music which is now an integral part of Saint Patrick’s Day in Dublin. This year Macdara Yeates, the organizer of the project, who is also a singer, has already traveled to France, Spain, Wales and Scotland. Its aim was to follow how local traditions influenced the Irish in a shared history of oppression between these regions and how this history turned into song – both inside and outside Ireland. .

Irish traditional music is quite a unique phenomenon as it embodies some of the most remarkable characteristics of the country itself. On the one hand, resilience facing a changing world (thanks to the tradition of word of mouth), but also an almost paradoxical propensity to change.

It shares many of these characteristics with the Irish language who managed to survive 800 years under foreign rule. It was practiced as the main form of communication in the western parts of the island and later formed the backbone of Ireland’s continuing linguistic tradition after the country gained independence in 1922.

The same goes for the cultural and more particularly musical traditions of the Irish, which have been part of daily life on the island since time immemorial. The songs have also been around the world and back, carried by the millions who left the island through the various periods of trial and tribulation in history.

Macdara Yeates is above all a traditional singer. Over the years he says he has been involved in composing music for theater and in many socially engaged projects, both in his East Wall area and around Dublin city. He explained that most traditional singers turn into amateur historians through their constant search for old and forgotten songs.

At the same time, he pointed out, traditional music is embedded in everyday life. He set the example of the children in the streets of his neighborhood when he was growing up. He said they would sing songs, which he would later discover were age-old melodies. “They happen to exist in this form, passed down from family to family, through the generations.”

In 2019 Yeates organized the first edition of the “Abair” – the word means both ‘to say’ and ‘to sing’ in Irish. The project itself was born as a way to showcase traditional Irish music at the St. Patrick’s Day festival, stripped of all its ‘touristy’ elements.

The ‘Abair’ also focuses on oral traditions which, according to Yeates, are a softer and more intimate version of Irish music. Also, he explained, this tradition, in particular, tends to get a bit overlooked, as the the songs are slower and the performances often don’t lend themselves to a big stage. Usually the songs are performed in small venues, in bars or even at home and are sung without a microphone and quite often – without accompaniment.

In 2019, the first edition of the Abair paired singers with a curated selection of songs that reflect the history of a particular space. For example, they occurred in a classic georgian townhousewhere the different sections of the building showcased different social classes in Ireland and their way of life at the turn of the century – the aristocracy, the bourgeoisie and the buildings. The songs, on the other hand, were paired according to social class, corresponding to what people would have sung in their daily lives.

This year’s edition of the “Abair” focused on raising awareness: “A lot of times Irish traditions can be quite insular, like a room full of people patting each other on the back about Irish history. We wanted to look at our shared history with other nations and how Irish culture stretches olive branches across the sea and links to other places.”

A shared history of oppression

In 2022, Abair takes the form of a series of short films, tracing the journey of Irish folk songs on the European continent. A film dedicated to Connolly Columna brigade of Irish volunteers who fought in Spanish Civil Warwho are remembered quite well in Ireland through songs and through their descendants.

Another film looked at the history of Irish revolutionaries after the Easter Rising in 1916 who were interned without trial in a village in Wales called Frongoch. There the inmates took the time to organize the future of the Irish revolutionary movement and formed close ties with the locals.

Frongoch is also located in an area which is a bastion of Welsh nationalism and locals remember this history fondly because, according to Macdara Yeates, they saw some hope for the future of their cause in history. Irish.

The third film was about the story of Yann Fouéré, Breton nationalist, who left France to live in Connemara, where he could work on his political theories, without fear of being repressed by the French government. Fouéré also defended the idea of “Europe of 100 flags” advocating for a federalised Europe, based on regional rather than national identities.

Additionally, he was one of the founders of the Celtic League, an NGO which aims to promote a modern Celtic identity in Ireland, Scotland, Wales, Isle of Man, Cornwall and Brittany. The league places particular emphasis on the promotion of Celtic languages ​​and advocates for greater autonomy and eventual independence for these regions.

Macdara Yeates explains that there is a very strong international movement focusing on Celtic links between these regions, however, this was not the focus of the project. “We focused more on our common history of oppression, a history that concerns for example India, which lived under British rule, or Mexico, as a former colony. 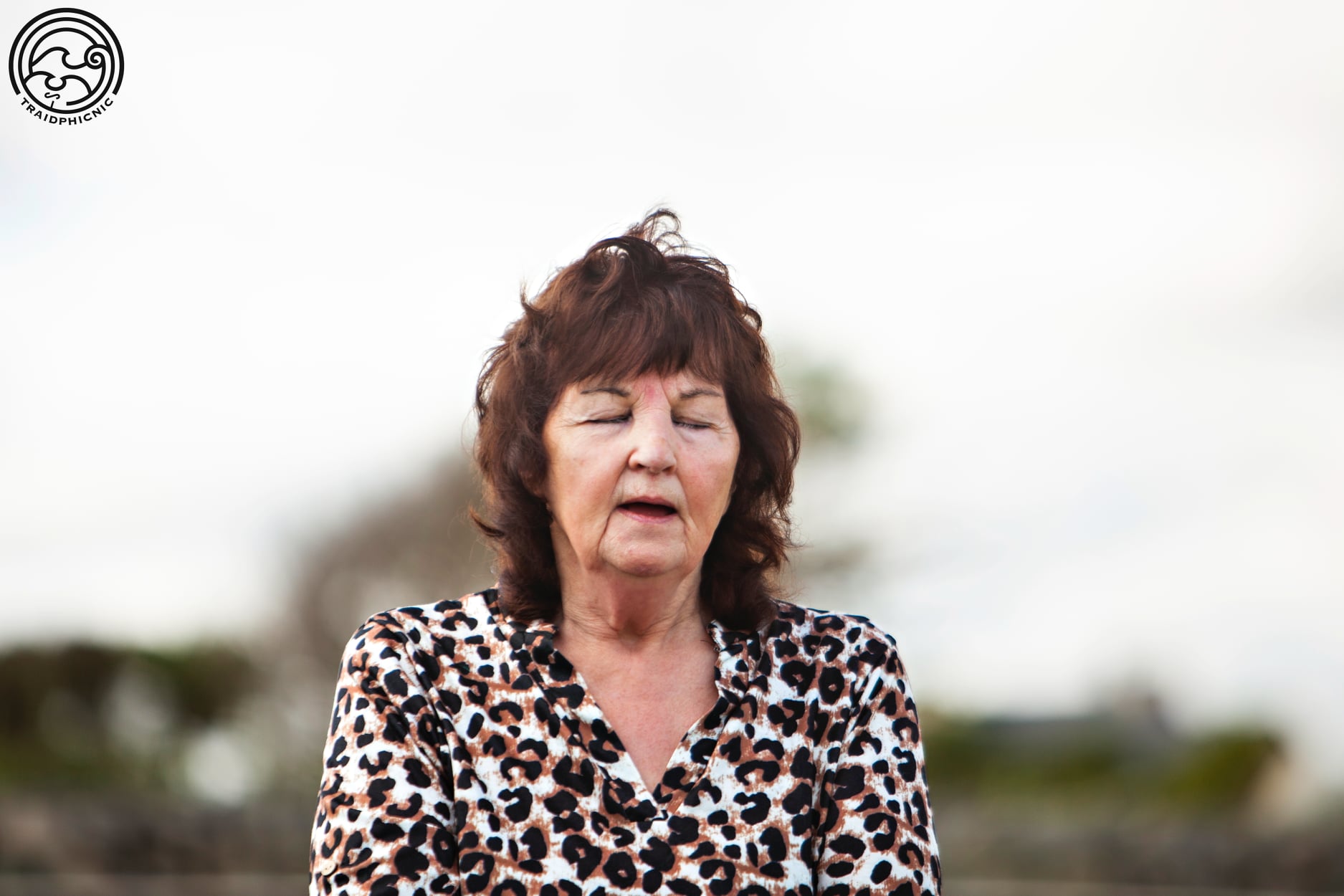 Yeates explained that Andalusia, for example, where most international brigades were based during the Spanish Civil War, has no Celtic connection. He pointed out that, in a particular way, this shared history has become more relevant again, particularly in the wake of Brexit, as many countries are now grappling with their idea of ​​nationhood and sovereignty.

Another good example is Welsh nationalism. It had never been stronger as a secessionist movement until Brexit, which caused a certain shift in ideas and perceptions. “At Frongoch, the nationalist area we visited, you can see a changing tide.”

Furthermore, he said that after years of relative indifference from the people of Brittany and reluctance from the French government, now, finally, the The Bretons have formalized their national anthem. Unfortunately, the Breton language has still not obtained official status in France.

“While in many ways we are digging up old skeletons, these topics are surprisingly relevant today. The rise of fascism and the far right in Spain, for example, is quite terrifying.”

“We went to visit the burial place of Federico Garcia Lorca, who died in the Spanish Civil War, and around the site there were signs saying ‘Long live Franco. These things have a resonance today, which I don’t think is talked about. They aren’t purely historical for history’s sake.

With regard to the European Union, Yeates underlined Yann Fouéré’s idea of ​​”Europe of 100 flags‘. He believes there is hope for small nations within nations to find representation in the EU. He also gave the example of Scotland and the principle of its independence movement that the future of the country belongs to Europe rather than Britain.

“I think the EU, in its best form, can offer real opportunities for the recognition of smaller peoples, their folk arts, their cultures and that is an ideal worth pursuing. If it is a question of choosing between a kind of imperial nation throwing a few crumbs at a small people or the EU, I would choose the EU every time.“

Macdara Yeates pointed out that, contrary to many folk traditions, Irish music is by no means stagnant or conservative. In fact, it is a very living thing, subject to change and growth. Moreover, it is practiced in a much wider sense in the country by the people, at home or in public spaces. “There’s an idea that tradition is a stagnant thing, it’s something that stays put and is old forever. I don’t think that’s ever been the case.”

He gave the example of a pub in Dublin, called the Cobblestone, where singers and musicians of traditional music meet and perform in this very communal way. Older people meet younger people, they exchange songs, ideas and influences on how songs can and should be performed.

Some want to keep an older way of doing things, others prefer experimentation, like using drum machines or synthesizers instead of fiddles and banjos. But Yeates says those preferences don’t depend on the performer’s age.

At the same time, he pointed out that the song choices point to changing times. He set the example with songs that have a more misogynistic connotation, which have now begun to fall into disuse, as Ireland gains a new perspective on women’s rights. He also mentioned that songs about emigration are becoming more popular again.

In its very essence, traditional music shows the imprint of people of a certain era on something old. For me you need one foot in the past and one foot in the future, you need to look forward but be anchored by what came before.“

Folklore, he explained, creates a sense of social cohesion, through shared trauma and the affirmation of certain beliefs across generations. It also creates shared experiences between people, a connection to a certain place and at a certain time.

Often the songs completely distort the story and can be used in a propaganda sense. But they also tell you something about the people who sang them and those who wrote them. Macdara Yeates thinks the culture would lose a lot if it lost its connection to the songs – it would lose some memory and some sense of self.

Pursuing a culture of kindness, a Northampton student’s journey to help in Ukraine

Perpetuate a culture of caring. A student’s journey to help in Ukraine

The 21 films in competition at Cannes – Cinema – Arts & Culture

Eurovision, Achille Lauro shocked, but he is still out of final

Art & culture after dark: What to see at Museum Night 2022 in Romania