Wearing a hoodie that read “Future,” Valeria Shashenok waves to the Zoom camera. She had arrived in the Italian city of Milan a few weeks ago, where she settled with an Italian family. Until she fled Ukraine, she hid with her parents in a basement in Chernihiv, a town in northern Ukraine near the border with Russia.

“My mother came into my room on February 24 and said, ‘Valeria! A bomb hit Kyiv and destroyed a building!'” Shashenok said. She and her parents reacted quickly. They packed up the most important things and moved into her father’s old office in the basement. At the time, he had a restaurant in the building, and had just refurbished the basement, installed a shower and toilets. Shashenok spent 17 days there. “It was very boring,” says the 20-year-old, adding that she was lucky to have Wi-Fi and a smartphone.

Valeria Shashenok now lives in Italy with a family

TikTok and the outside world

Shashenok is a digital native: a member of Gen Z who grew up with Instagram and TikTok. Social media was his window to the world. But then things changed: the world wanted to know what was happening in their country.

At the time, the phrase “things that make sense in…” was trending on the social media network. Participating users showed unusual things in their towns or homes that only made sense in the local context. Shashenok joined the trend and showed users his daily life in the bunker.

Using her quick wit, she demonstrated things that only made sense in a bomb shelter: using a heat gun to dry her hair, what breakfast was like underground, and how traditional dishes such that Syrniki – a type of pancake made from cottage cheese – can be made without a pan. His videos have met with enthusiastic reception. The 20-year-old now has 1.1 million followers and her most successful video has been clicked over 48 million times.

Subtle black humor plays a central role not only in Valeria’s videos; Ukrainian channel memes became popular in the aftermath of the war.

“I love dark humor. It helps get through absurd moments,” Shashenok says. “Humour is part of our Ukrainian culture. Ukrainians really believe that the war will end soon, that we will win. They want to remain optimistic, they have nothing else left.” And, so, Shashenok jokes that life in an underground shelter also has its positive side: a lack of cow’s milk now means she uses oat milk as a healthy alternative.

Ukrainians also responded to the invasion with humor in non-digital contexts. Large billboards line the streets of some cities bearing messages in Russian script that translate to “Russian warship, fuck you.”

Escape from the shelter

After spending 17 days in the underground shelter and after the Russian forces began to intensify their attacks, Shashenok decided to escape. Her parents stayed in Cherniv while she arrived in Italy via Poland and Germany. She has been living with a family for a week now. 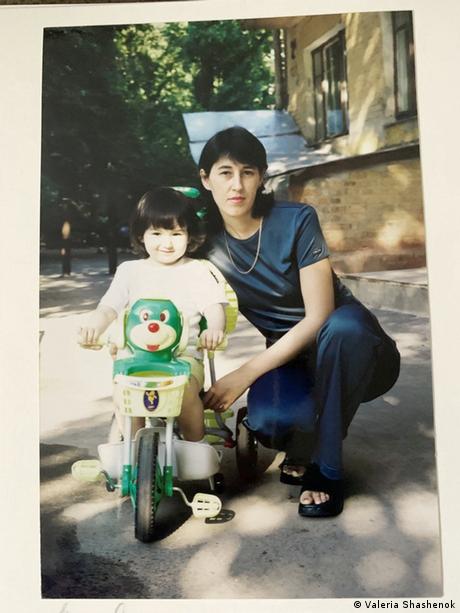 Shashenok child with his mother

Shashenok is in contact with his friends and family in his home country. She speaks with her parents every day, more with her mother, less with her father. “He’s so nervous,” she said. “He has nothing to do all day and yells at me on the phone, not because he wants to scold me, but because he is at his wit’s end. He is losing his mind.”

She is also in contact with Anton, a friend. He also wanted to escape, but without success. A law prohibits men between the ages of 18 and 60 from leaving Ukraine. Anton enlisted in the army and is a guard in a military unit, says Shashenok.

In late March, Shashenok learned from his mother that his cousin had been hit by a bomb and died of his injuries. “What is Russia doing in my country? says Shashenok, who grew up speaking Russian. “I wonder every day. Putin says he wants to protect us from the Ukrainian government. Excuse me, what? We had a perfect life: we don’t want to be protected by Russia.” 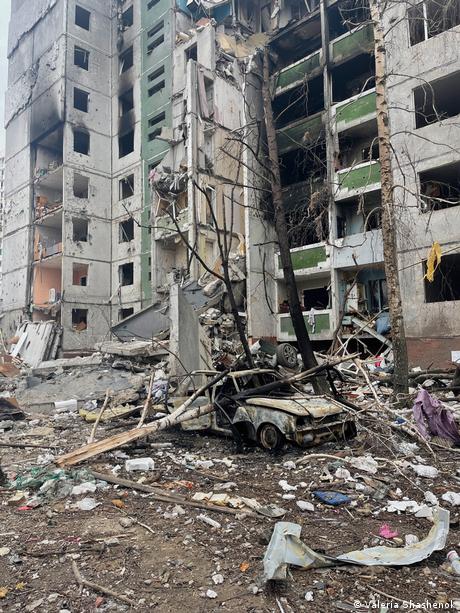 Projects for the future

Like all Ukrainians, Shashenok hopes the war will end soon. She wants to come back. “I miss my country,” she says. “When the war is over, I will go back.”

Starting this week, Shashenok is on a reading tour. His book, “24. Februar: Und der Himmel war nicht mehr blau” (February 24: And the sky was no longer blue), has just been published in German, compiling photographs and his experiences after the invasion of the Ukraine by Russia.

“I dedicate this book to the Russians, in the hope that they understand what they did to us,” she says. But she herself is not convinced. Some don’t want to understand, while others are afraid to speak out. But she wants to continue, and not only on TikTok and Instagram: Valeria Shashenok works with humanitarian organizations in Cherniv and wants to use her popularity to raise funds to rebuild her city.

This article was originally written in German.