Vespers of Love and Greek Culture Minister’s Commendation in Sydney

On Easter Sunday April 24, 2022, His Eminence Archbishop Makarios of Australia, accompanied by Their Graces, Bishop Iakovos of Miletoupolis and Bishop Christodoulos of Magnesia, and several members of the clergy of the city of Sydney, celebrated Vespers of Love, which was performed with ecclesiastical splendor in the Holy Cathedral of the Annunciation of the Theotokos, Redfern.

According to Holy Tradition, His Eminence Archbishop Makarios and the rest of the clergy donned their sacred vestments in the hall of St. Andrew’s Theological College and then proceeded in procession towards the Cathedral.

With the Church filled with many faithful and in an atmosphere of joy and celebration of the Resurrection, the Gospel of Saint John was read in several languages, while His Eminence Archbishop Makarios, after offering his resurrection greetings and his warm festive wishes, he blessed and distributed the Traditional Red Easter Eggs to the faithful one by one.

Attending the church were, among others, the Minister for Culture and Sport of the Hellenic Republic, Ms Lina Mendoni, and her entourage, made up of her associates and ministry officials, as well as the Consul General of Greece in Sydney , Mr. Christos Karras .

It should be noted that before the Vespers of Love, in the Hall of the Theological College, the Commendation and Award of the Minister of Culture of the Hellenic Republic took place, with the awarding of the “Order of the Loving Christ with Star” of the Holy Archdiocese of Australia.

His Eminence Archbishop Makarios of Australia warmly welcomed Ms Mendoni to the fifth continent’s largest expatriate spiritual institution and, after referring to her background and describing her general offering to the public, underlined that the Minister “All Throughout the years of her public life, in all the important positions she held, she showed remarkable sensitivity to questions concerning the Church and the clergy, in particular our heritage and our ecclesiastical tradition.

“Throughout Greece there are monasteries, churches, chapels, cemeteries and other ecclesiastical monuments, which have been abandoned and given over to the decadence of the pandamator of time”,

His Eminence remarked and underlined: “Madame Mendoni, with her love for the Church, her respect for the sacred and the divine of our Faith, but also the sensitivity that distinguishes her for each cultural element of our Nation, took care and succeeded to renovate many ecclesiastical and religious monuments of our beloved homeland, Greece.

“Ms. Mendoni is the reason why many sacred altars that had been unused for many years have been reopened and regained their liturgical character,” he characteristically emphasized as he concluded his speech.

In her response to His Eminence, the Minister of Culture of Greece warmly thanked the Archbishop for the honorary distinction conferred on him, conveying the appreciation of the Prime Minister of Greece to the person of His Eminence, while assuring that both Mr. Kyriakos Mitsotakis and herself are and will remain close to the Holy Archdiocese of Australia. 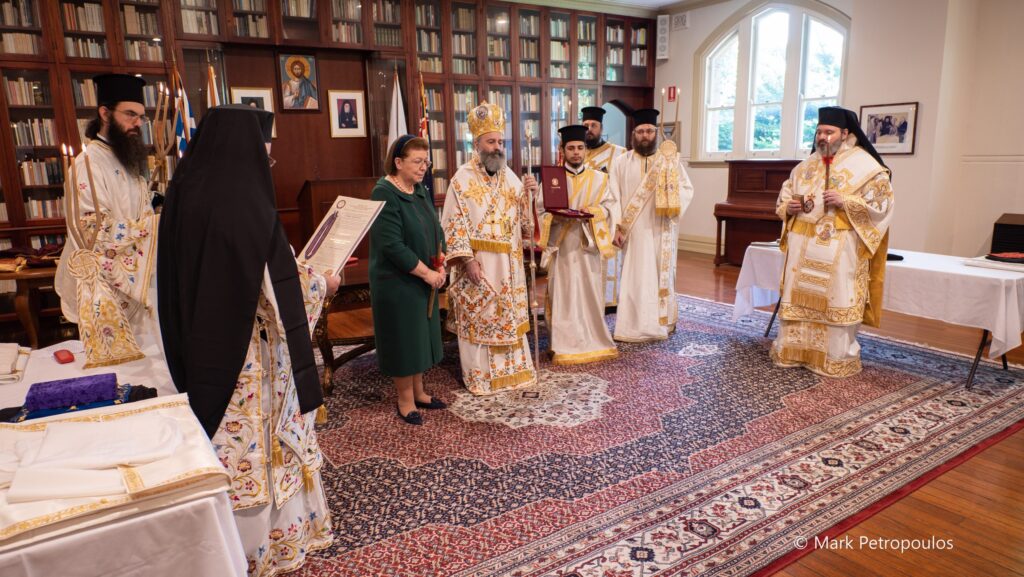 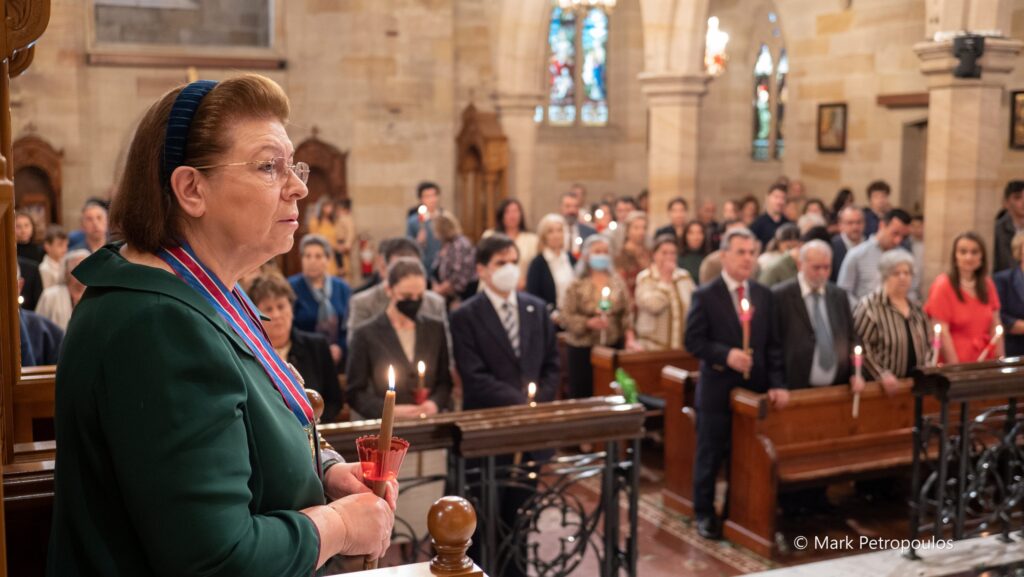 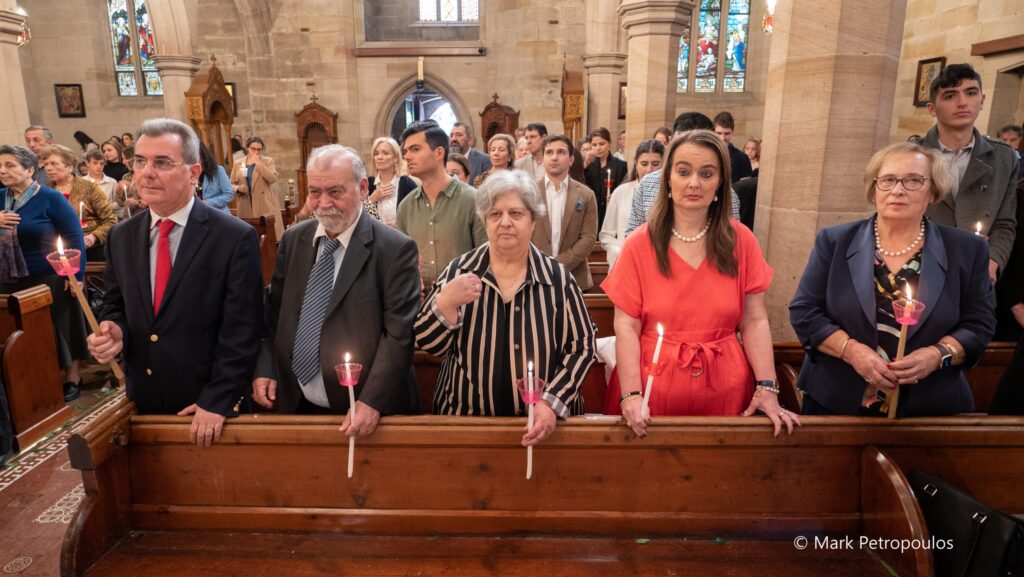 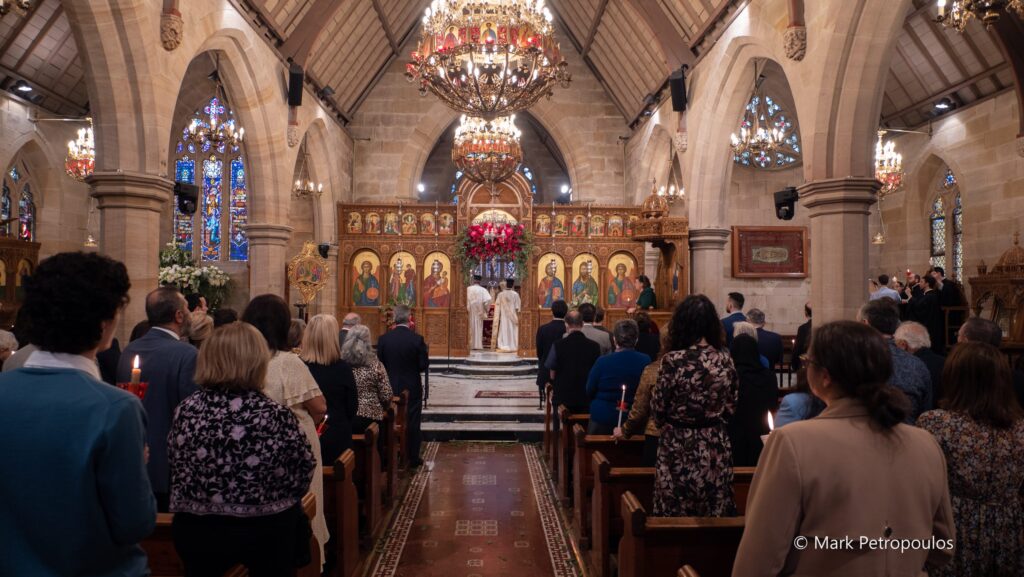 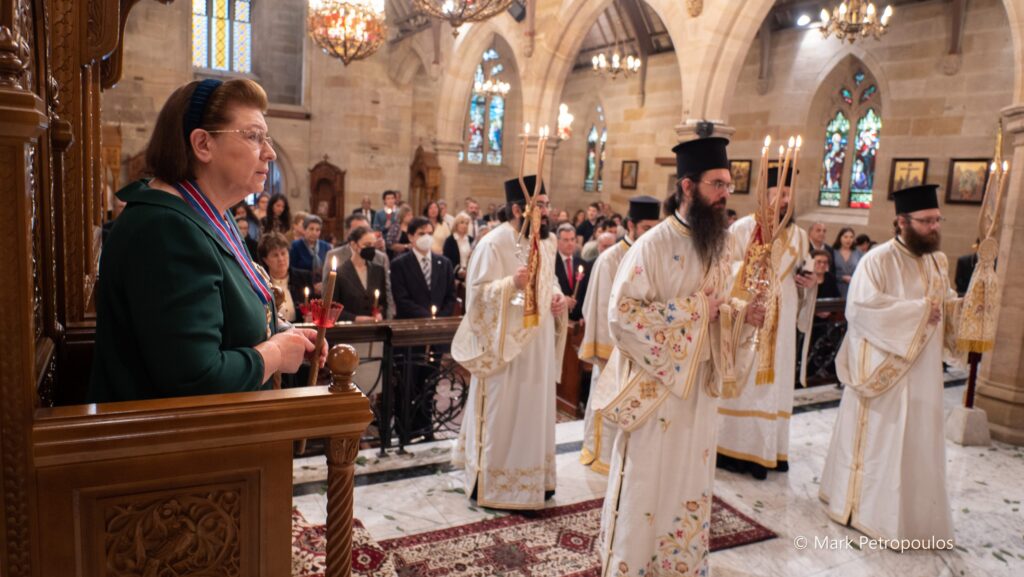 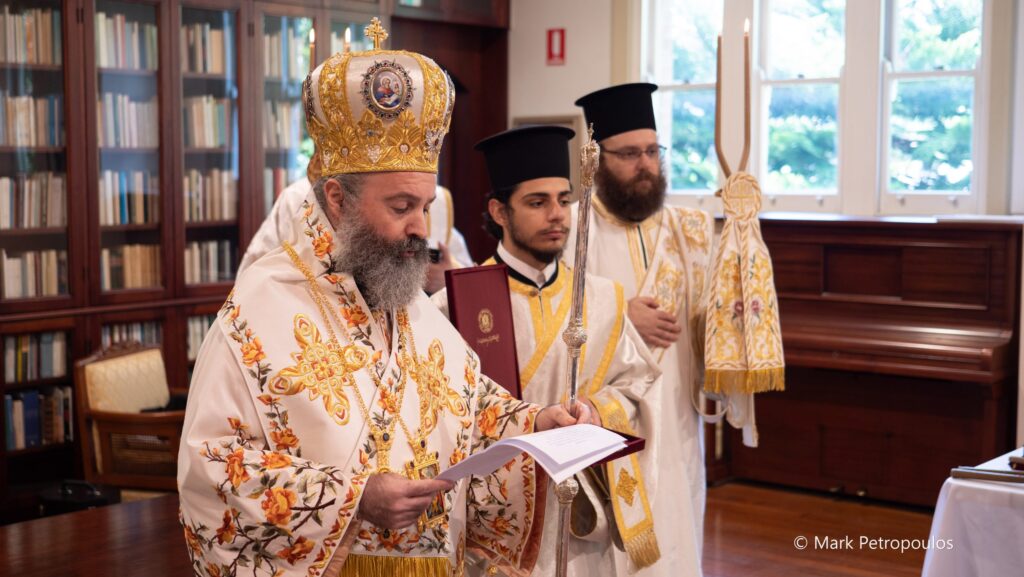 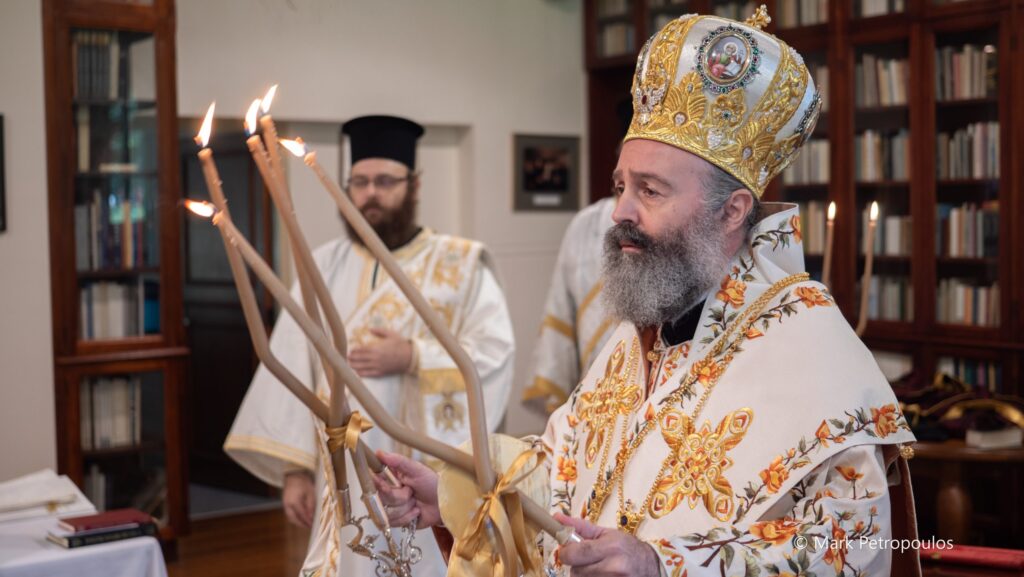 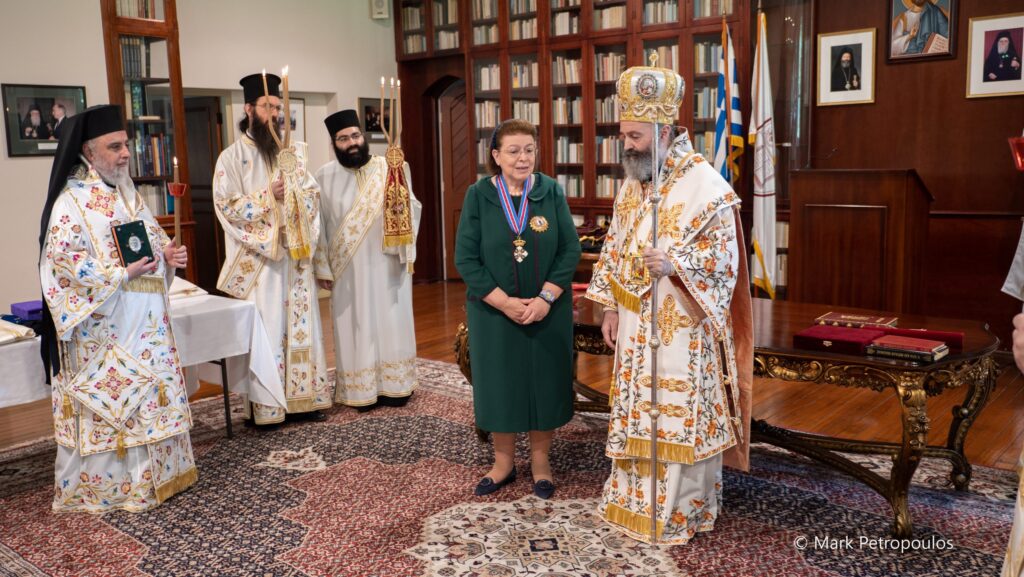 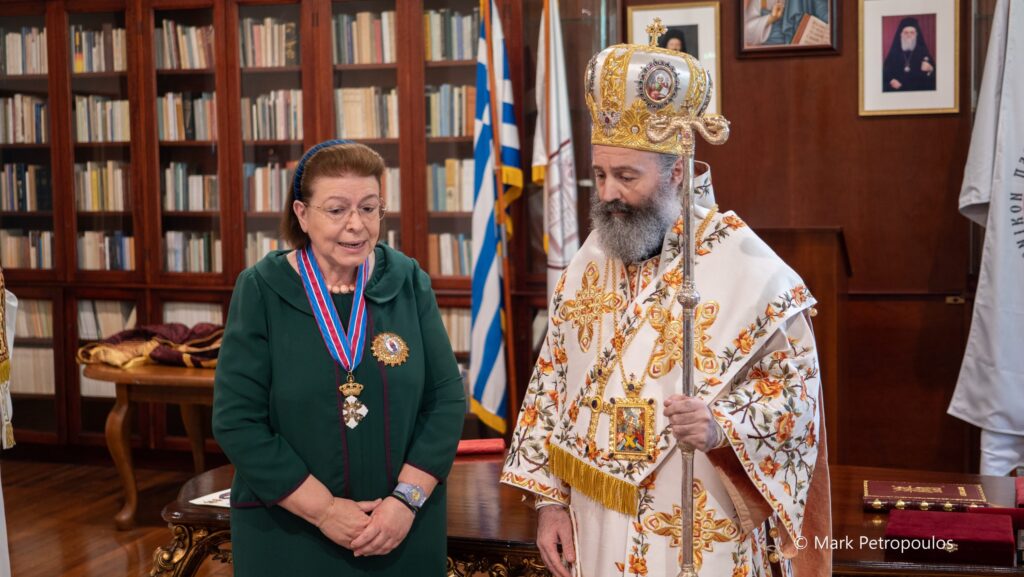